What are THE DIGITAL LITERATE LAW GRADUATES of NOUN looking for in NIGERIAN LAW SCHOOL that they've not already gotten from their learning at NOUN?.

Sometimes, i wonder what this generation of digital  compliant minds are looking for in Nigerian 12th century medieval modeled schools and Nigerian Law School for that matter in this 21st century tech age when your can access any information you need to advancement your life and humanity at the comfort of your home on your phone.

Why wasting valuable time and resources on obsolete and invalid schools that can not add value to your life? The legal service in this 21st century is in the world of internet-based global businesses, online document production, commoditized service, legal process outsourcing, and web based simulation practice.

The global legal markets has been liberalized with evolution of internet with new jobs for lawyers and new employers too...Why wasting time and resources for appearance in COURT where you can NEVER get JUSTICE. Read more...
Posted by Olayinka Oyelami at 4:35 AM No comments: 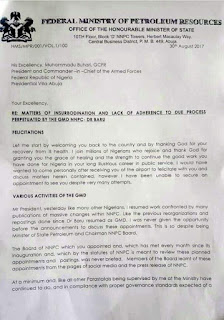 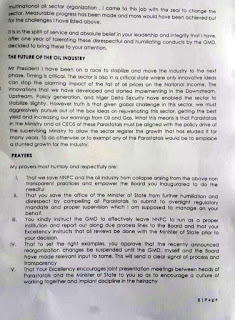 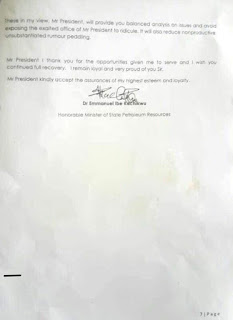 Posted by Olayinka Oyelami at 9:31 AM No comments:


• Senate constitutes panel to probe police boss over lawmaker’s allegations
The Senate wednesday constituted a seven-man ad hoc committee to investigate allegations of massive corruption and misappropriation of budgeted funds, levelled against the Inspector General of Police (IG), Mr. Ibrahim Idris.
The decision followed a point of order raised by Senator Isah Hamman Misau (Bauchi Central) who accused the police IG of corruption, running a ‘bribe for promotion and for special deployment’ scheme, having sexual relations with his subordinates and other weighty accusations.
The committee is chaired by Deputy Chief Whip of the Senate, Senator Francis Alimikhena (Edo North).
Misau, who retired in 2010 as a Deputy Superintendent of Police (DSP) and the police were recently embroiled in a public spat after the lawmaker in an interview, accused Idris of pocketing at least N10 billion monthly, from providing police protection to oil companies and private individuals.
The police dispelled Misau’s claims and also claimed that the lawmaker deserted the force, and was declared wanted. The police later recanted on the position.
But Misau yesterday expressed his readiness to submit documentary evidence to back his various claims of corruption, misappropriation and other unscrupulous activities of the IG.
“By virtue of the constitution, police are not a revenue generating organisation, they are not meant to generate revenue. But all over the federation, we are aware that oil companies, banks, oil servicing companies and private individuals pay money to police every month. We know it. It is an open secret everybody knows about. To even make it worse, sometimes you will see people of dubious character and businessmen suspected to be involved in fraudulent activities in Lagos and Port Harcourt blaring siren with convoys of policemen,” Misau alleged.
Misau added that the manner of administration of the police by Idris has caused indiscipline in the force and has caused crime to be on the increase.
“Most of the things happening today are because of indiscipline and lack of leadership in the police. You will see kidnappings everywhere. He is undermining the biggest institution that is supposed to protect democracy and us.
“More than 100,000 policemen right now are serving in oil companies and oil servicing companies, and payments are made. By the United Nations’ standard, one policeman should be for 400 people but in Nigeria, one policeman is to 800 people. Even with that, you will find out that one businessman or oil marketer is having about 30 policemen, thereby depleting the ratio we are already in shortage of.
“On the issue of special promotion by the IG and the Police Service Commission (PSC), it is in the open. The rank goes with responsibility and it goes with money because it leads to increase in salary and allowances.”
“It has even gone worse. The IG is having relationships with two policewomen, who he promoted under special promotion. One of them is Aminat and the other is a DSP. The IG last month got married to that woman but under the police service rules and regulations, you cannot marry a serving officer unless the person retires. He quickly did a secret wedding in Kaduna because the lady was four months pregnant.
“I am saying all these because of the institution, because we have so many excellent officers who are now demoralised; who are now frustrated because of the activities of the IG. When it comes to appointment of police commissioners, the IG decided to have his own boys who are just Assistant Commissioners of Police. He will give them special promotion to Deputy Commissioner of Police,” Misau added.
The lawmaker reiterated that he can verify all his claims against the police boss.
“Special promotion is not in the police service rules and the police are guided by the police service rule. The reason they created special promotion is to get favour from governors and president, so that they can pave way for them and can get access to many things,” Misau added.
Presiding, Senate President, Bukola Saraki, said the allegations raised by Misau are ‘important issues’ which cannot be swept under the carpet.
“I think for most of us, the most important issue is how to reform our institutions and how to fight corruption. The basis of all these started on the issue of bribery and promotion exercise involving the IG, and I think they are weighty enough to be investigated,” Saraki said.
He also directed the Committee on Ethics to investigate allegations that Misau deserted the police force.

Posted by Olayinka Oyelami at 9:14 AM No comments: